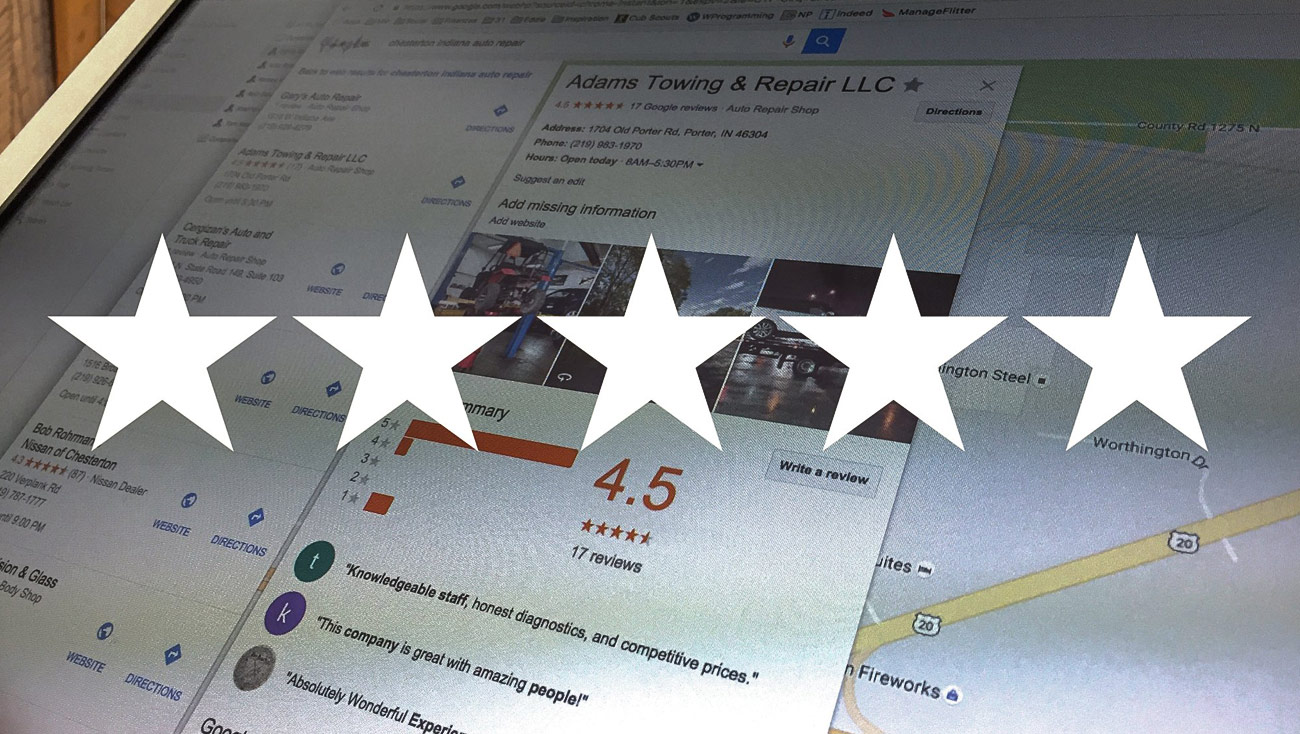 There I was, sitting on the couch with a table full of Taco Bell and three excited boys ready to devour a little Irish football, thinking –It doesn’t get any better than this.
…and it didn’t.

Less than a minute into the game the phone rings. It’s my wife. With news our beloved 1835 Subaru finally broke down. Out-of-town. On a Saturday. During the game.

After a few calls and a good discussion, three things stuck with me. First, there are good people out there, and I think I just found one. Second, ND is already up by 14. And third, I wouldn’t have called this shop if not for their reviews.

They weren’t the closest. I wasn’t familiar with their brand. I wasn’t even sure they were open on Saturday. All I knew was this shop had 17 positive reviews compared to others with only three or four.

To make a long story a little shorter, they now have 18.

In today’s digital age, reviews are important. They can make or break a business or be the difference between a foot in the door, or a foot in the … but don’t just take it from me.

Here are a few points to help encourage you to put your best foot forward:

Other points of interest: